Hello! Long time! So good to see you! We mustn’t leave it so long in the future! How are you? Oh, I’m sorry to hear that. You’re saying it just fell off? Well, what did the doctor say? I can’t believe he said that. This all sounds highly irregular. No I don’t want to see it. Jesus, put it away will you? You disgust me. No, I don’t want a polo.

I’ve just shaved off my beard. Interesting devices, beards. Highly devisive, too. Some people hate them, others merely tolerate them. Strangers come up to you in pubs and say, “I don’t trust you. No one trusts no one with a beard. Now fuck off.” Babies on buses stick their hands in ’em, dogs sniff ’em, ladies rub their faces up against ’em then whisper, “It’s so wispy!”. People say, “ooooh, you look so much older with a beard!”, even thought they’ve never met you before. And grandmothers roll their eyes and say things like, “are you attempting to grow a beard?”, after eight weeks of trying.

I sprouted my first goatee aged 20. I can still recall deciding it had been around long enough, then nipping it off with nail scissors and depositing the multicoloured bundle in the dirty ashtray of my shared student house in Leicester. Halcyon days. I grew another five years ago. Now the most recent, which I think has been my favourite. Here’s me with it, taken a month before things got really out of hand. 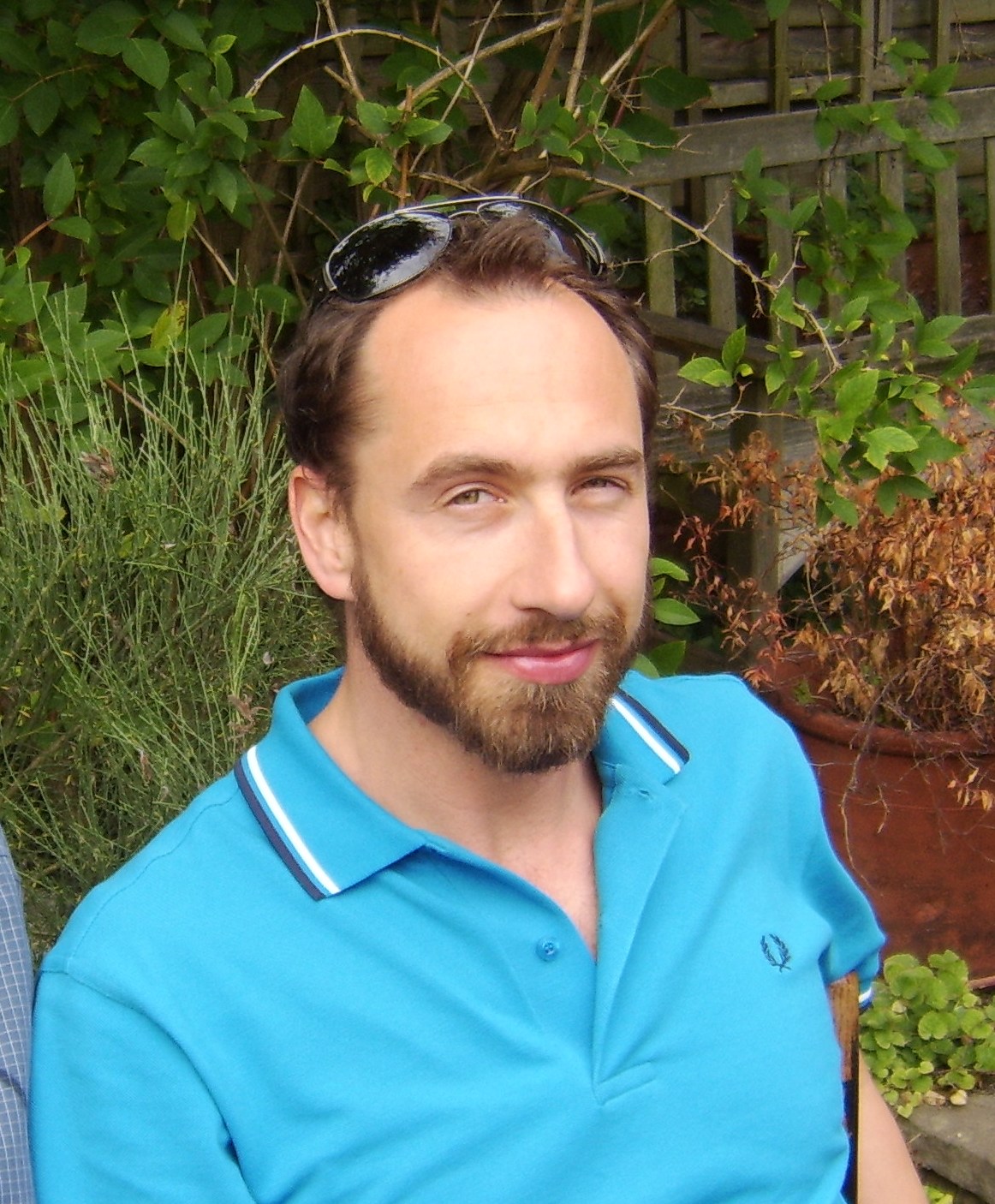 Why do some men – and a few women – grow beards? Shyness is up there, as is a desire not to conform (I think I tick both of these to a degree). Are whisker wearers untrustworthy? Do they have something to hide? I’m sure some of them don’t want you to get too close. But then all sorts of people use props to hide behind: smokers, drinkers, people with pierced tongues, people with false noses, people who wear motorcycle helmets at dinner, the list is endless. Look at The Stig. I bet he’s a social phobic. Certainly if you fancy hiding from the world you could do a lot worse than grow a thick, meshlike beard. You should have seen Garbo’s when she died.

As for me, I grew a beard because I’m a chinless wonder.

Still, I was getting bored and felt it was time to lose it. I’d grown the beard (btw did I mentioned I’d grown a beard?) in conjunction with growing my hair. Not very long I must admit, but long enough for a thirtysomething receder. So I got a haircut, but initially kept the chinfuzz. That made me look like an islamic fundamentalist so I thought I’d get rid of it. THEN I thought I KNOW, I’LL CAPTURE THE PROCESS FOR A BLOG. COS I AIN’T WRITTEN ONE IN AGES.

I didn’t take a pic at the beginning as it didn’t occur to me until I’d begun tucking in with the clippers. 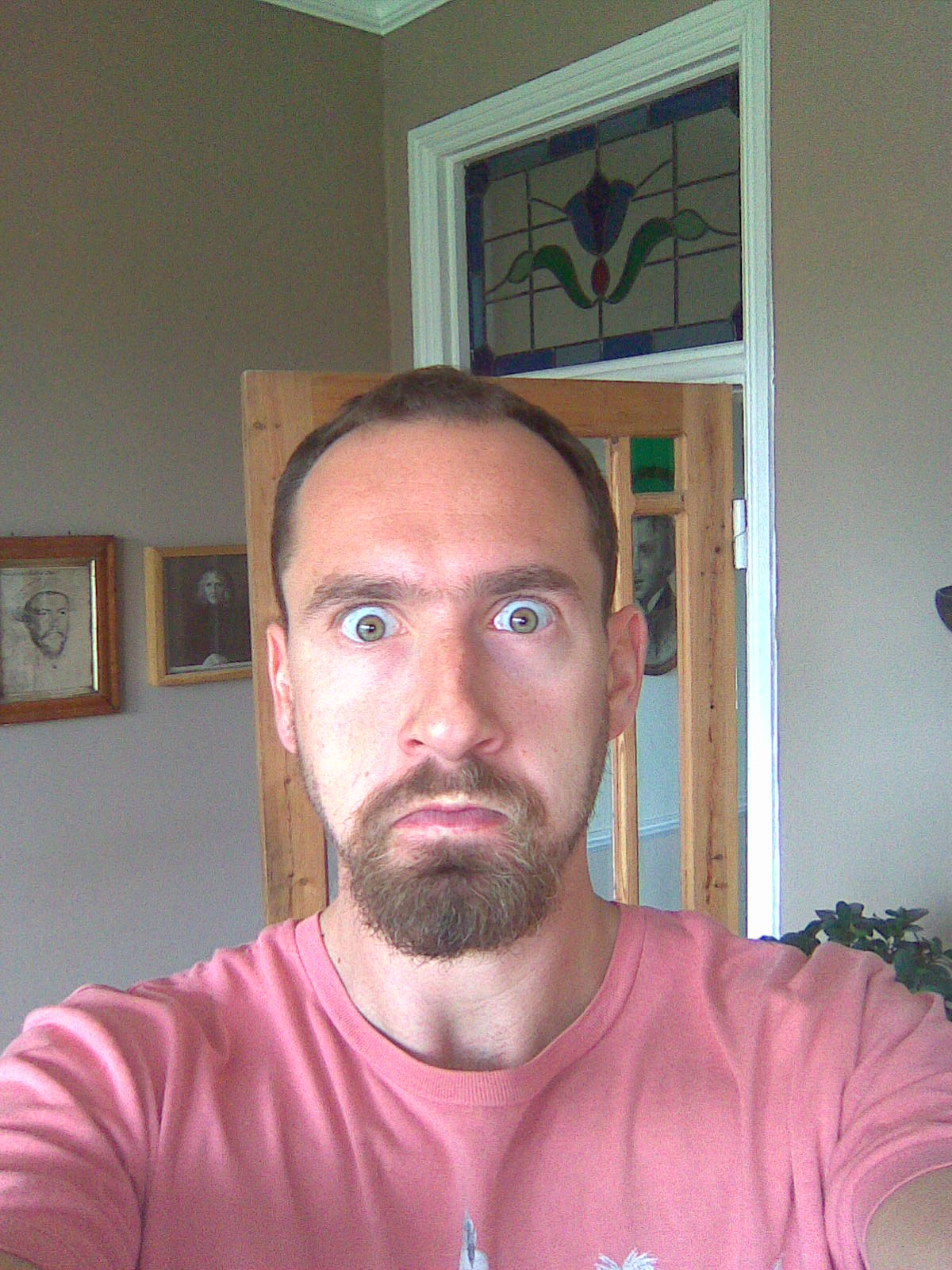 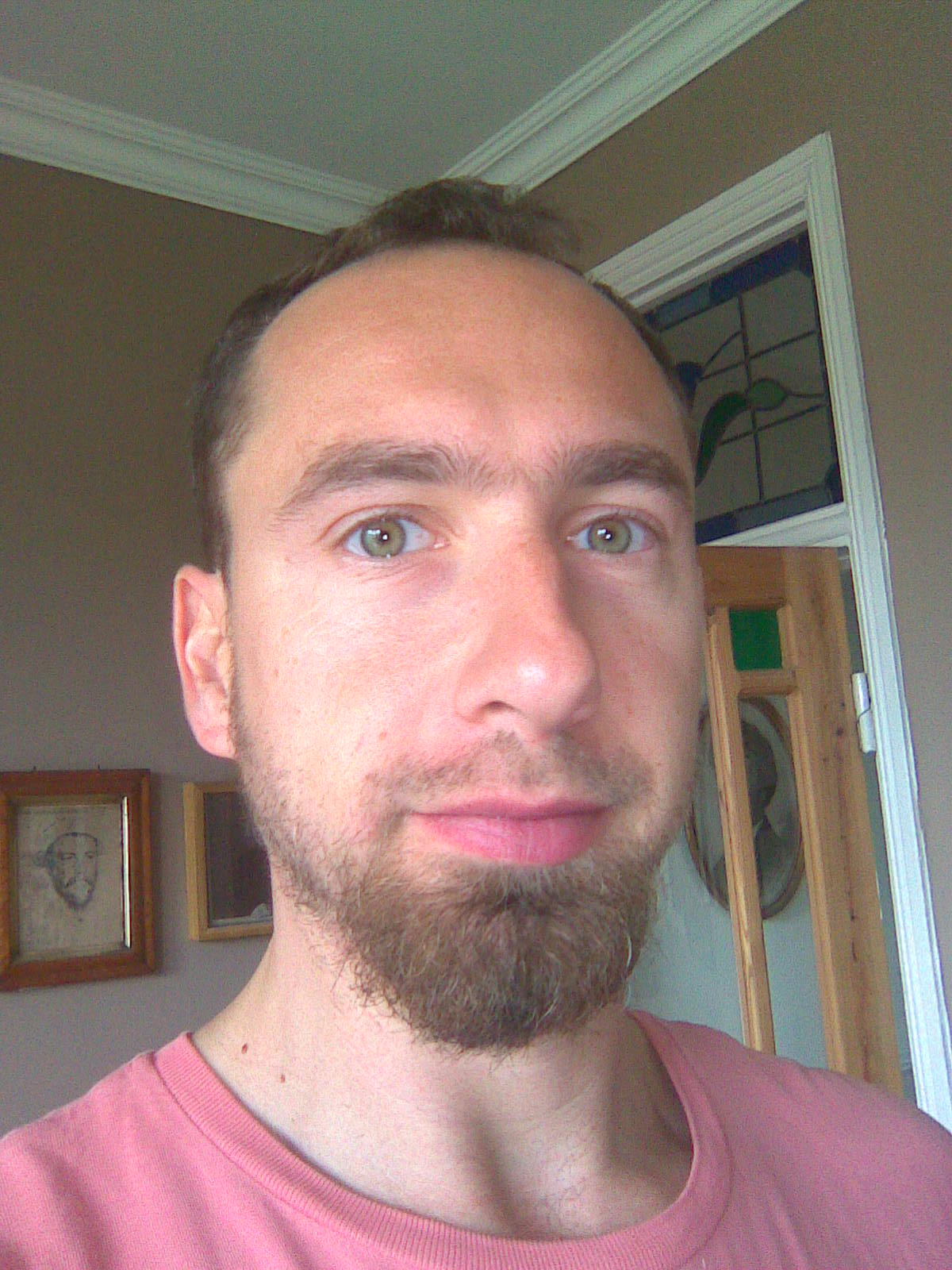 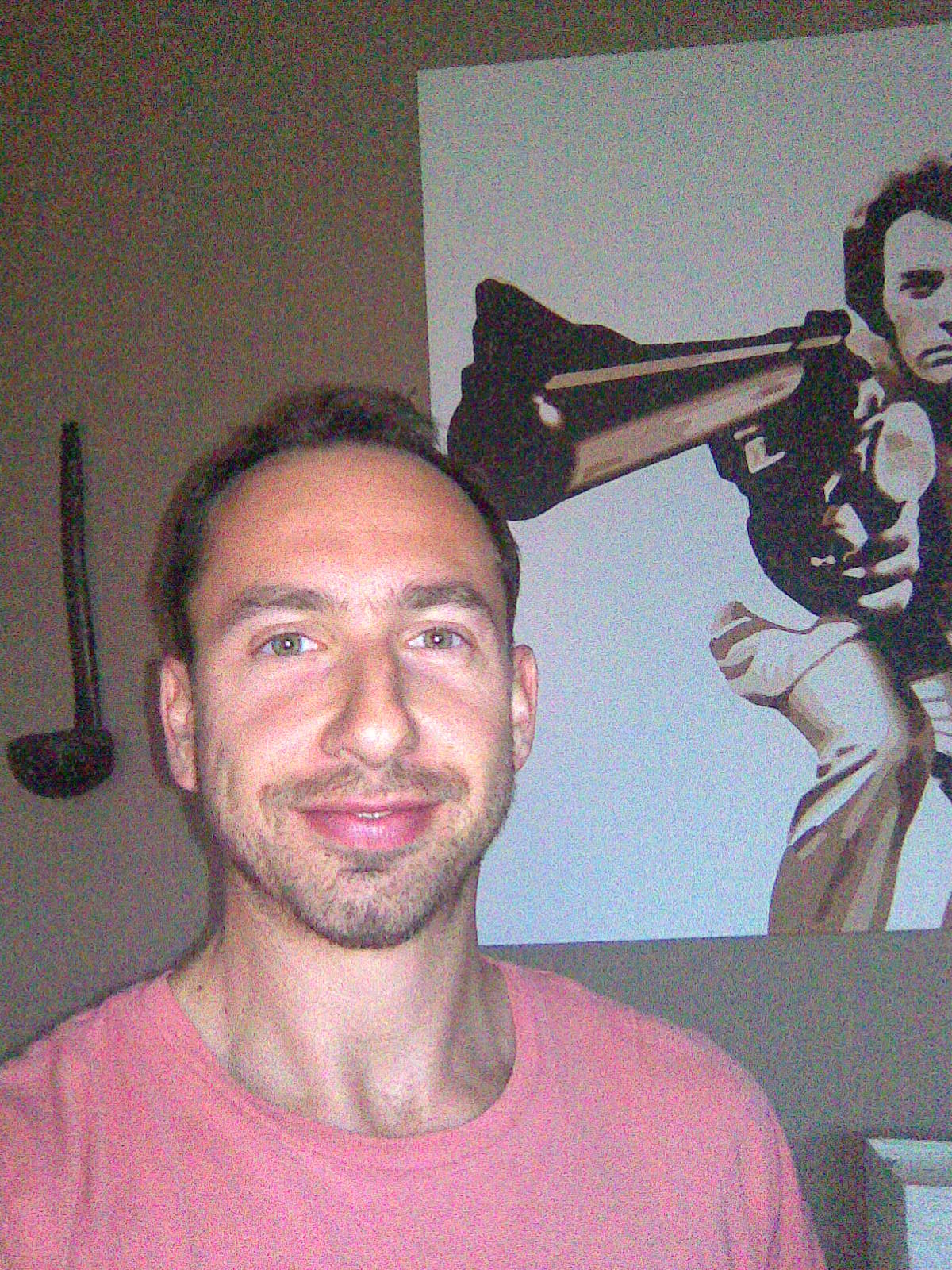 You’ll notice I’m not exactly clean shaven at the end. I always like a bit of growth round me face. It’s de rigeur for us media types. Besides, you’ve got to keep the world at bay somehow.

I love you all!