On the murder of Joanna Yeates

Hello everyone I know and don’t know.

It’s been a while since the last blog but then you see I’ve been a little busy what with appearing in the Guardian and generally prancing around like a media luvvie-tit.

But enough chutter chitter and onto more serious matters.

UK visitors to this blog will no doubt have read about the abduction and murder of 25 year old Joanna Yeates. It’s a story that has captured the headlines, not least because as a white female professional Ms Yeates was an “ideal victim” – not my words, but those of criminologist Professor David Wilson.

This tragic case has also thrown up two distinct and disturbing examples of Britain’s press at its worst.

The first was the trial-by-media of her landlord and original suspect, Chris Jefferies. The recipe is a familiar one: take one local loner, umarried, add a blonde, middle class girl whose body is found in the woods, and you have the perfect cocktail for a tabloid feeding frenzy.

Upon his arrest the media seized on Jeffries’ background and appearance to draw hasty conclusions, nicknaming him “Professor Strange” and making highly dubious connections between his having taught pupils about the Holocaust and being “obsessed with death”. Jefferies’ former pupils from Clifton Colleague were also interviewed, describing him as “the nutty professor” and more sinisterly, “the strange Mr Jefferies”. 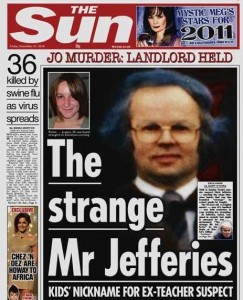 Mr Jeffries looks unusual, is clearly eccentric and has blueish dyed hair – but blue hair doth not a murderer make.

He was released after 48 hours of police questioning, though not before the tabloids had destroyed his reputation. As Mark Thompson wrote in the Guardian, “The combination of the ‘ideal victim’ and the apparently eccentric suspect is a powerfully poisonous combination which has led to wholly unbalanced media reporting.”

This kind of tabloid judgment is not new – many will remember the media assault on Colin Stagg – but it is sickening and, moreover, illegal. Once police action against a suspect has begun, publication of anything beyond the basic details of an arrest is outlawed. If this is to be taken at face value, many tabloids were in Contempt of Court. Not that anything will be done about it.

Unlike in the United States, suspects in the UK are innocent until proven guilty. This seems all too often to be forgotten.

(Footnote: today it was announced that a 32 year old man was arrested on suspicion of murdering Joanna Yeates). 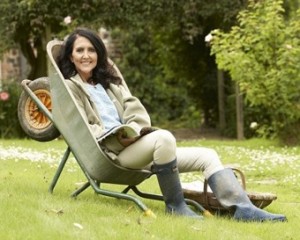 The second half of this blog would be laughable were it not once more about Joanne Yeates.

Have a read then check out the rest of this blog. I warn you though – it’s not pretty.

Staggeringly Awful Beyond Belief are four words that spring to mind. “Journalism” certainly isn’t one of them.

By placing herself at the centre of a story about a murdered girl Smith proves she has an inverted notion of taste. Somehow she has turned her account into a lifestyle piece. She makes an extraordinary comparison between Yeates’ murder and the frustrations of not having the correct change for Clifton Suspension Bridge. Preposterously she even claims to order a veggie burger that arrives, “without the burger – and without the bun!”

What is this nonsense?

I could quote back every line but truly the article speaks for itself. The Daily Mail has in recent years turned into a rag that preys on the fears of the unenlightened. Still, this is something else. That one of Britain’s oldest established newspapers thought it reasonable to publish such offensive twaddle condemns them as it condemns her. Everyone involved should be ashamed of themselves and one of them – Liz Jones – should lose their job.

Thank you and goodnight.