There comes a time in every bloggers life when he says, “I’m fed up with being polite. Today I’m going to kick someone’s balls in.”

Haringey council are a bunch of cunts.

The Curious Case of the Disappearing Car

A few months ago my car disappeared. I’d parked up overnight near my flat. When I walked to it the next morning at 8.45, it was gone. I rang the police to report it stolen. Half way through the conversation it occured to me that, having left it on a yellow line, there was an outside possibility it might have been towed. “Hold on,” I said. “I’ll call you back.” I rang the local pound (woof). They had it. I called the police back. “Looks like it wasn’t stolen afterall. I’d be grateful if you could un-log this as a crime.” I collected the car. Haringey had ticketed me, waited five minutes then towed me away. It cost me £250 (£50 for the ticket, £200 for the towing) plus a morning’s work. I didn’t feel the punishment fitted the crime but at least I had my car back.

Thing was, as a result of logging my car as stolen – albeit briefly – my insurance premium shot up. Naturally this led to endless telephone conversations trying to explain the problem to my insurers, all to no avail. A black mark is a black mark and Haringey’s are written with indelible ink.

The Curious Incident of the Box Junction

I’d been caught in flagrante in a box junction. Only, I was barely in it. Look! (I’m on the left) 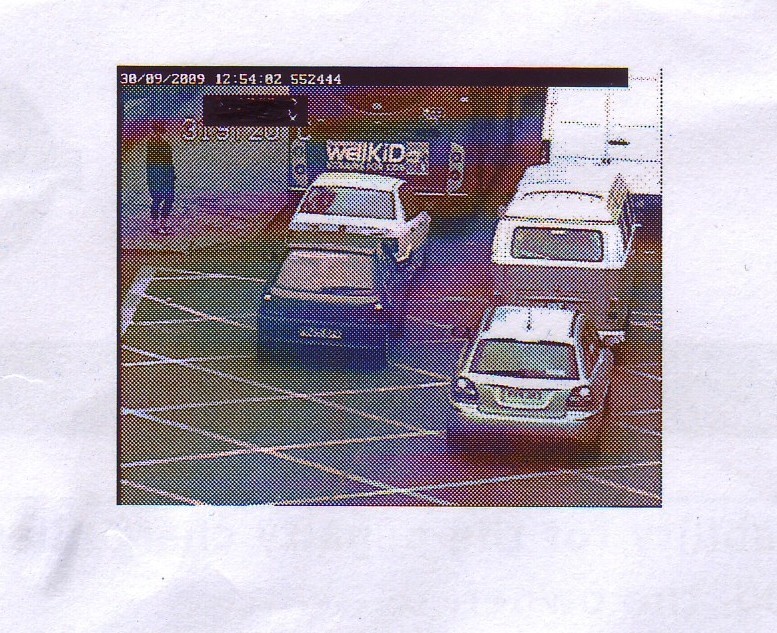 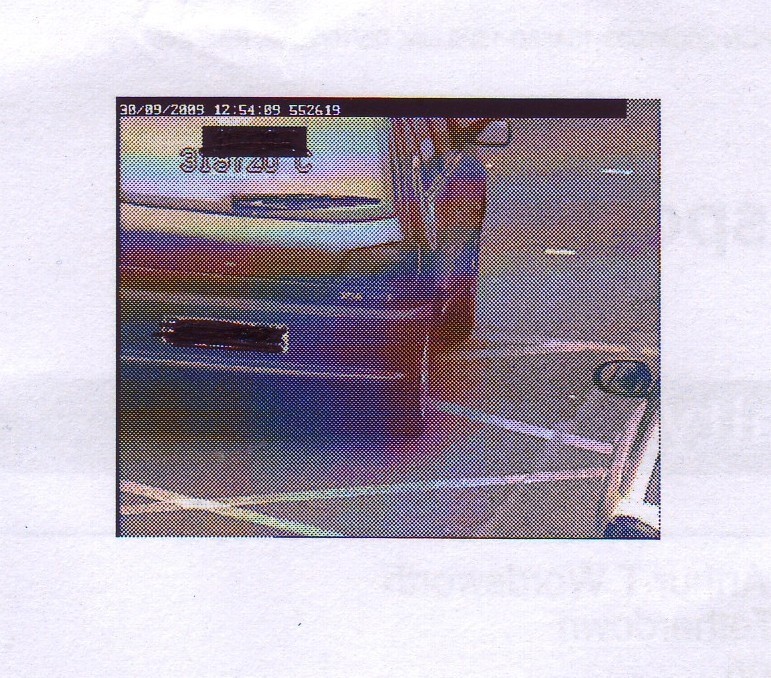 See! I’d almost made it! Almost! Come on Haringey! Give us a break! Who’s ever heard of anyone being ticketed for not clearing a box junction? Everyone does it! I didn’t get in anyone’s way! I was only trying to get to the other side! Surely it’s not worth a fine!

The Curious Case of the Coffee and the Ticket

A few months ago again, and this time I was involved in an incident with a traffic warden. It’s a rather embarrassing middle class story which doesn’t reflect well on me or the Bourgeoisie as a whole. I deserved all I got. But they’re still cunts.

It was a Friday and I’d bought a copy of the Guardian (and we’re off…). Every so often the Guardian runs a ‘free Starbucks coffee’ offer on a Friday. This was just such a day. It was mid-afternoon. “I know,” I muttered to no one in particular. “I’ll go get me a free coffee.” I live fairly near Starbucks, says 300 yards, but was so bored of forever traipsing to the shops for a pint of a milk and a newspaper that I decided to drive (that’s a bit middle class). I’d never EVER driven this short distance before so it served me right that I should immediately get ensnared in the fat 4X4 school-run (umm…). In the end, half way there, I abandoned my car, ran to Starbucks, ordered my free coffee, tried to leave, held the door for what seemed like eons as a succession of yummy mummies with prams entered, no doubt to collect their own free coffees (could this story be any more middle class?), then ran back to the car – only to discover that I was being given a ticket. “Please!” I exclaimed. “Don’t give me a ticket! You don’t have to go through with it!” “Nufin’ I can do,” said the parking attendant, avoiding my eyes. I ripped the ticket from the windscreen, hrumph’d into the car, strapped my free Starbucks coffee into the passenger seat and drove the 300 yards home.

That’s the story of the free coffee that cost me £60.

Am I having a moan? Yes. Does it feel good? It’s OK. Truth be told I meant to write this blog ages ago so the moment has passed, really. But I’m still irked. And I stand by my use of the word cunt. Am I culpable for any of this incidents? Absolutely. All of them. But still. Haringey council is renowned for this kind of sharkish behaviour.

Other Victims I Can Name

My friend Pogo had his car impounded when it was presumed to be stolen (It wasn’t. It had been parked outside his house. Legally). No one let him know where it was. Like me, he presumed it had been nicked. Similarly, an ex had her Fiesta stolen, then abandoned in Tottenham. Instead of contacting her, they crushed it and it ended up the size of an Oxo cube. I think they gave her £50. To be fair it wasn’t worth much more than £60.

When did the line of reason shift so immeasurably away from the man (parked) on the street? This kind of ‘no come back’ behaviour is encroaching into almost every aspect of our lives. The very fabric of society is being unravelled before our eyes. Almost makes you want to write something about the country going to wrack and ruin, but seeing as I’m only in my mid-30s I think I should avoid that path, at least for now.

The other week, and full of cold, I was driving to St Albans. Thick of head and unaware of my surroundings, I drove rather aggressively behind a somewhat watchful driver on a long straight stretch. I didn’t realise the police were behind. I got pulled, and was asked a series of questions: “Do you know what the speed limit is on this road?” “Did you not see us in your mirror?” “Were you trying to overtake that car?” and lastly, “Have you had a drink this evening, sir?” The last of these I was able to answer with the response, “Only a Lemsip, officer.” Which put me in mind of Withnail and I, and the classic, “I assure you I’ve only a had a few ales” line.

I was let off with a caution.