Who likes dogs? Do you like dogs? Do you lick dogs? I like ‘em, always have done. Dogs are skill. FACT. And for that reason, last Friday was a veritable treat for one Saul Arthur Tanat Dorothy Salaman Wordsworth.

So there I was at home minding me own business pretending to work when my doorbell rang. I answered it and there before me stood a late middle-aged lady holding a beautiful black labrador. The dog shot past me, ran up the stairs, nosed open my front door and started galloping round the flat. “Oops, sorry” she said. The lady, who went by the name of Margaret, explained to me that she’d been driving to meet her friend Lisa for a swim when she found this black beauty wandering aimlessly in the road. She parked up, grabbed the dog which was sans collar and, er, didn’t know what to do next. So she started wandering down my road, only for the dog to dash off in the direction of my house. Thinking this might be where he lived, she knocked, I answered, and now it was upstairs whoopsying all over my carpet.

What do you do with a lost dog? Dress it up? Eat it? Make love to it? Yeah, I wasn’t impressed with Margaret’s suggestions either. Instead we made it a collar out of string (this later snapped), gave it lots of pats and took it to the local police station. “Nah. Don’t take lost dogs. Did til April. Ring Haringey dog pound.” I did. They had space. It seemed crazy that we should drive the dog five miles when it had probably slipped out from a nearby house, but shy of hiring a popemobile and driving round Muswell Hill with a loudspeaker it was difficult to know what to do. Apparently there were no dog collectors available that day so unless we wanted him staying at one of our houses overnight – not unappealing it must be said – it seemed we had to drive him to the pound ourselves, in, gulp, Tottenham. Scary place, Tottenham. I don’t like it much. Not since David Ginola left anyway.

I got back in the car. My pal was waiting on the back seat. Happy as Larry he was, and an absolute beaut. Such a beaut, in fact, that I took his pic. Look: 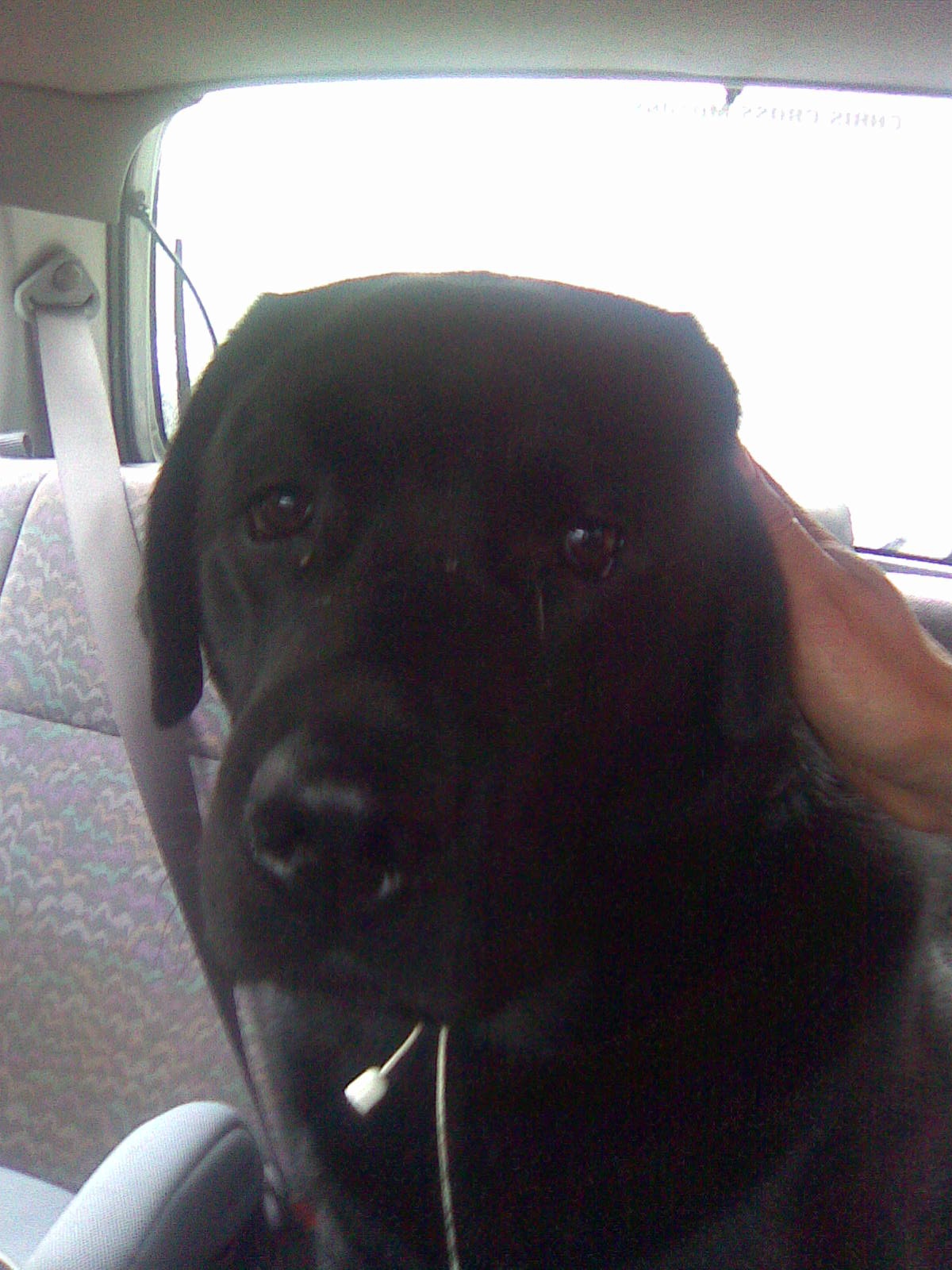 Shit the bed I love dogs. I also love wagging off work. Nothing like a good bit of Famous Five action on a Friday afternoon. I looked at Margaret. She looked at me. We kissed passionately. Nooooo, we didn’t. Not that she wasn’t attractive. She was, for her age. But she was retired. Why are you making me say these things? This is a story about one man’s love for a dog. I looked at Alan (I named him Alan. And Steve, Pete and Tony). He was so obedient and kempt it was obvious he was well looked-after. No stray he. “Don’t become too attached to him, will you?” said Margaret, tenderly. We kissed again. NOOO!!! Stop it!

So friendly, he was. Like a lovely, friendly dog.

Margaret and I were in this together. To hell with her friend swimming Lisa! To hell with, er, whatever the fuck it was I was doing. This was more important. So we set off for Tottenham. Only, on the way, Margaret pipped up, sharp as a pin, “maybe he’s got a chip?” Of course! If this dog had a chip on his shoulder we might be able to locate the owner. Plus it would save us getting stabbed up and shot to death in Tottenham. So we stopped in at my local vets and dragged Richard with us, him straining at the string and choking himself like a loon. They couldn’t find their machine. Couldn’t even lend us a lead. Useless. So we headed off to Margaret’s vet, where she takes her two cats, Buttock and Minge. 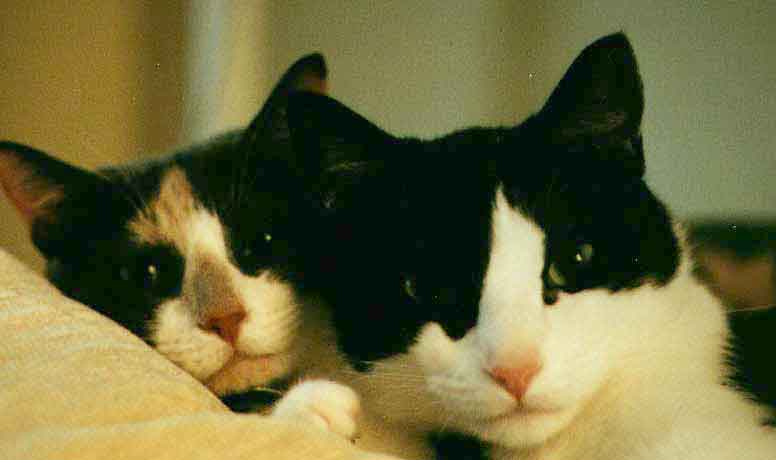 Success! They had a swiper thing. Duly swept, we discovered his name was Thommo (shit name), his owner lived on the street adjacent to mine, had been looking for him for the last two hours and was on her way. Margaret’s cats aren’t really called Buttock and Minge by the way. After waiting for what seemed like another hour the lady owner turned up. I hope she’d had a nice leisurely fucking lunch. She was friendly enough but, it must be said, Quite Weird. Her elderly companion was Even Weirder. Maybe I was never going to warm to the crew who were relieving me of my new friend. We said goodbye to Alan. I gave him a kiss on the lips, then kissed Margaret on the lips.

Margaret drove me back home. She talked a little about her life. I won’t divulge too much but she is separated from her husband of 25 years. “It’s all very sad,” she said. Poor thing. She dropped me off and we shook hands (no more kissing ha!). I wished her all the best and went upstairs to wash the dog lick off my whole body. Half an hour later my buzzer went again. I ventured downstairs, only to be greeted by Margaret. She was standing there, naked. We embraced passionately and she drove off. I haven’t heard from her since.

Dogs, eh? I love ‘em loads. My lease says I can’t have one. My liege says I can. What do I say? Maybe soon. I’m certainly looking into it. I was never allowed a dog as a child. Before you ask I’m not about to embark upon the grand opening of a childhood wound. Well, maybe a bit. But I’m over it. At least I thought I was, until Tuesday.

What happened on Tuesday, Saul?

Funny you should ask me that. I saw my half-brother David and wife Anne. David told me he had a half-sister on his mother’s side (we share a father). I never knew this. She had recently written to him and they’d met in Cornwall for the first time in thirty years. David’s mother wasn’t best pleased with our father who left her in the lurch, in 1943, with two children. The fact that he may or may not have had it off with someone on the deck of the boat back to India that all four of them were travelling on that year doesn’t cover him in glory. Never the less, despite apparently detesting our pop for his actions, it appears she kept many photographs of their life together. Which was fascinating for me because up to this point I had never seen a single picture of my father aged anything younger than 56, which is how old he was when he married my mum.

I was stunned at what I saw, not least his resemblance to me. What got my mountain goat, though, was the fact that in every single picture, he was patting a dog! Not just one dog, either. An assortment of dogs! No wonder he didn’t want me to have a dog. He was dogged out! He’d had plenty of dog action in his life, both on boats and dry land, and clearly that was enough for him. Also, he assumed that I wouldn’t walk it cos I’d get bored of it and my mum wouldn’t walk it cos she didn’t like dogs, which would leave him to walk it – and he didn’t like walking.

Oh look, here he is, young, serious, and with dog. I warn you, though. This picture got kind of big when I was trying to upload it. But I thought eff it, it doesn’t matter. 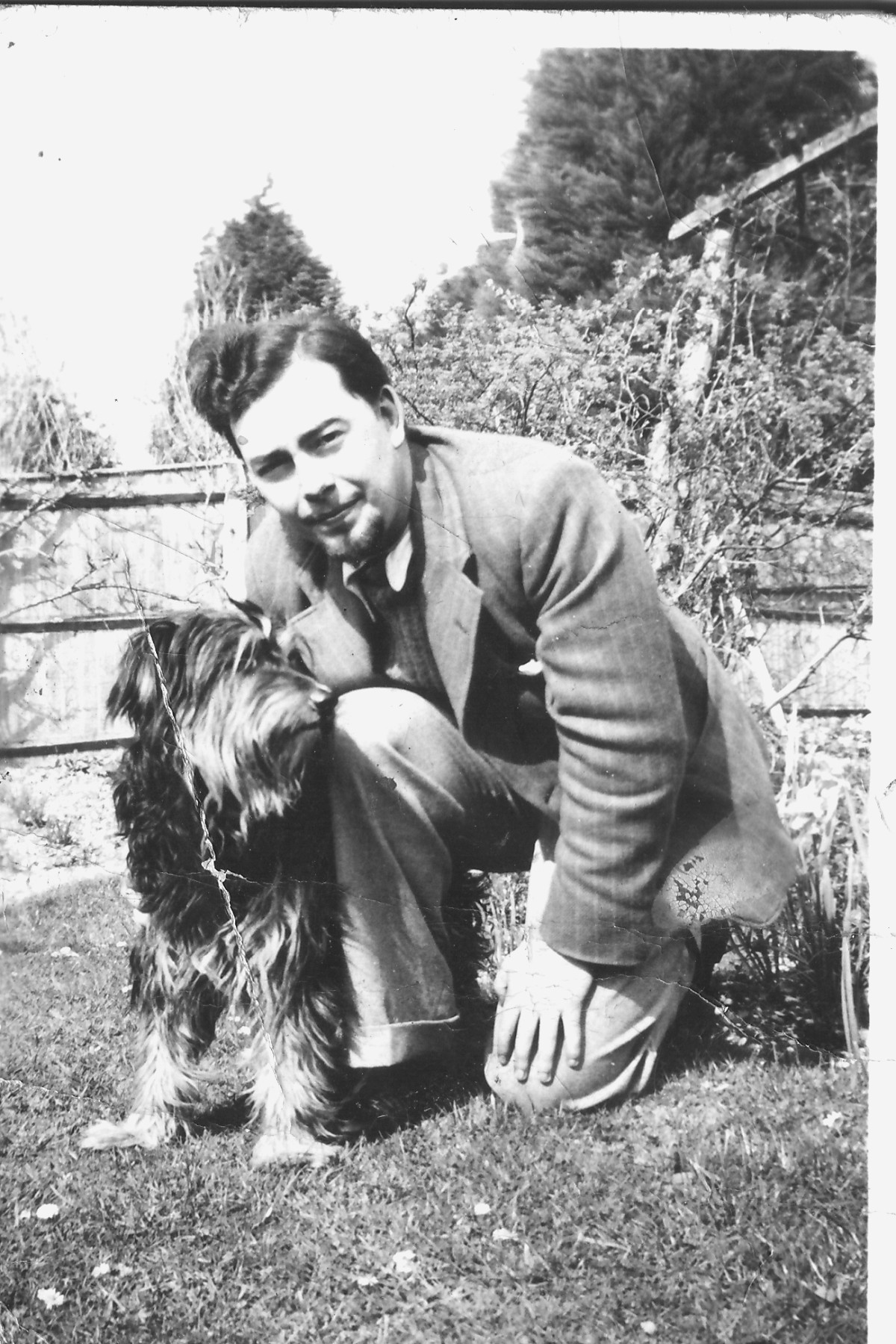 Shoot. It’s another blog about my dad. I’m clearly going to have to lay this ghost to rest one day and write a book about him. Or a song.

Anyroad, that’s all for now. Thanks for stopping by. Or chancing by. Or wotevah.