On coming a cropper

To come a cropper (idiom, British informal): to fall to the ground, make a mistake or smash your face up as a result of cycling like a twat. ex. Saul’s come a cropper, poor chap’ll never strut the Paris catwalks again. 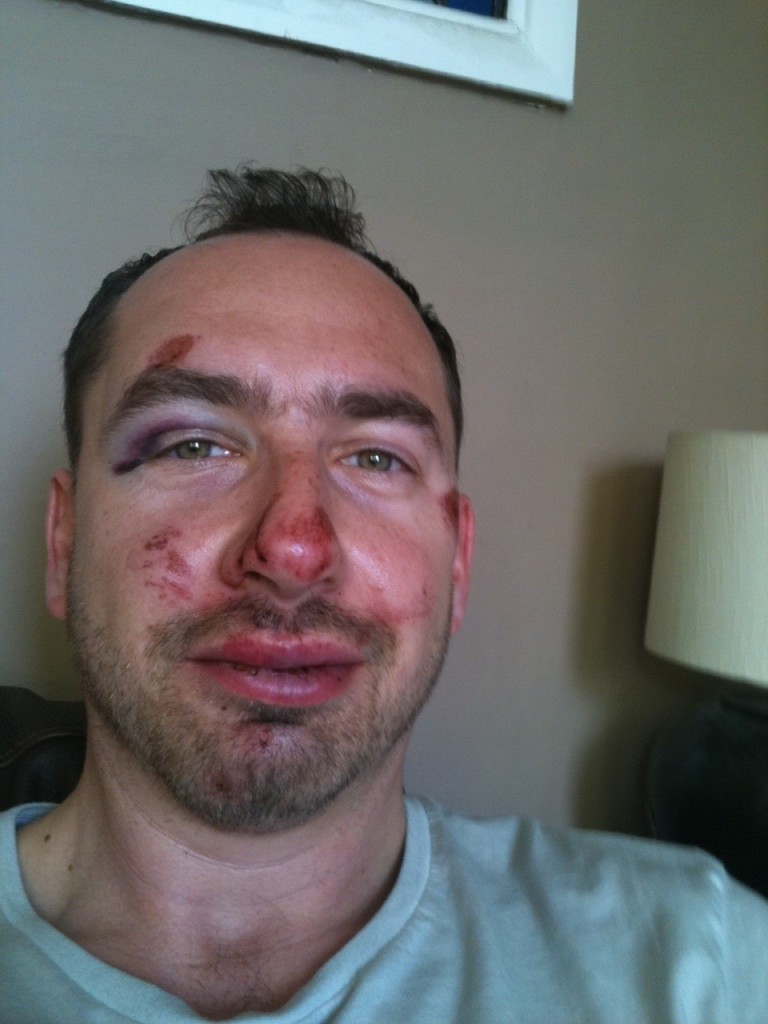 Yes it was I wot came a cropper, leading to the kind of lip enhancement most people would pay good money for.

Enough of the prelims Saul just tell us what happened

GET ON WITH IT

I was out cycling with my old friend Tim (“Pogo”). We’d just ridden up Bison Hill (“You did Bison ‘ill?” said a lady cyclist with her arm in a sling later at the hospital) and had passed Whipsonade Zoo when I make my error of judgment.

Wishing to continue a conversation about sheep or some such, I attempted a swift maneouvre onto the pavement in order to ride alongside Tim while he remained on the road.

* It was an unnecessary risk.

* I must have left my back wheel on the road.

I have little memory of the accident. Presently I became aware of someone groaning and spitting bloody fragments onto the pavement. That someone was me.

In the depths of my grogginess I thought the incident might make for a decent blog – it had, afterall, been a while since my previous post – so I asked Pogo to freeze frame the moment. 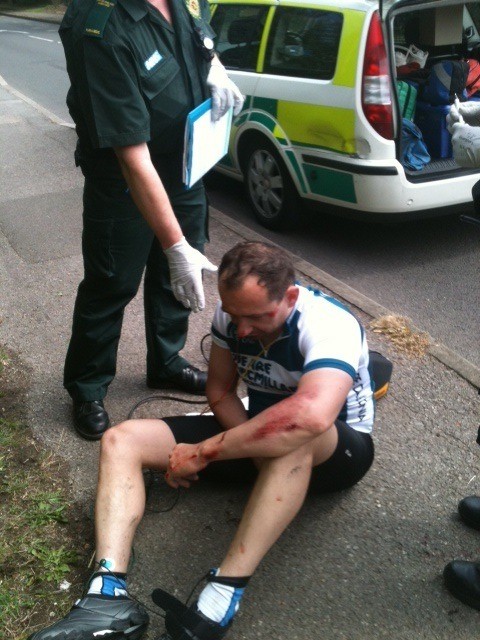 An ambulance arrived and took me to the world-famous Luton & Dunstable Hospital. The next day I made an emergency appointment at the dentist and began the processes of fixing the tooth I split during the incident. Meanwhile Joan at home was completely freaked out and didn’t dare touch me in case it hurt. My body and mind were constantly reminding me of the fact that I’d been in an accident.

There’s something I’ve omitted to tell you.

Before I came to I experienced a vision. I was in a tunnel and saw a light – a bright light – to the right of me. It was close, very close. Everything was quiet and calm. I felt safe. This only lasted a few seconds before I began the befuddled road back to consciousness. According to Tim – whose calves I allegedly embraced as I came round – it was all I talked about for five minutes.

Since Sunday I’ve been mildly preoccupied by the tunnel and the light. Who wouldn’t be? We’re all familiar with near death tales of tunnels and lights and people observing themselves from above but these usually take place when the person is lying on the operating table, their heart having stopped, or when they’re seriously ill. All I’d done, unpleasant though it may have been, was clonk myself on the head. I came round within seconds, possibly less.

To clarify: this was not an epiphany, nor did I interpret it in religious terms. I’m simply recounting the experience.

I’ve spent most of the week in some degree of discomfort, principally in the mouth division which seemed to take the brunt of the fall. But I’ve made decent progress and my wounds are healing quickly.

Today I had to renew my driving license photo. My battered face is thus frozen in time, or at least for the next 10 years. 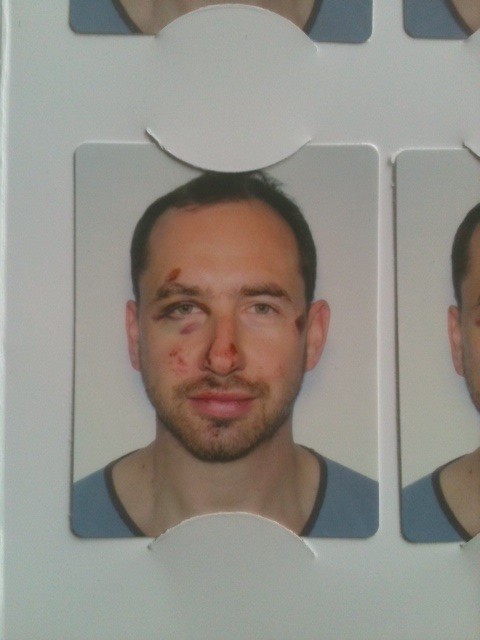 Nothing more to see here.

Though I do plan write something about bright lights and tunnels for the national press.

You see, every cloud..

Thank you much love,

S to the aul x

** PS Hi! If you’ve ever had a near death experience – or know someone who has – please comment below or drop me a line **