The other day I was strolling down the street, minding my own business, when I bumped into Lindsay Lohan. “Hi Lindsay,” I said. “What you up to?” “Not much,” she replied, “just walking my dog. His name’s ‘9/11 Conspiracy Theories’ – do you want to pet him?” “Sure,” I said. So I patted Lindsay’s dog. Suddenly, and somewhat unexpectedly, the dog started talking. “We’re on our way to see Britney Spears,” the dog said. “She’s got some Free Porn.” “Oh,” I replied. “That’s nice.” “Sure is,” said the dog. “Then we’re stopping in for a drink with Amy Winehouse.” “Does she live round here?” I enquired. “Sure does,” said the dog. “Right over there. World Trade Centre 7.” And with that we walked off into the sunset.

Can you see what I did there? I’m sure you can. It’s as clear as Barack Obama’s victory in the forthcoming Presidential Elections (sorry, I’m doing it again). That’s right: by simply inserting the most commonly searched online words or phrases like ‘9/11 conspiracy theories’ I am guaranteed more traffic through my website. This use of attention-grabbing keywords such as ‘9/11’, ‘women’s volleyball’, ‘Britney flash’ and ‘Fatima Whitbread topless’ is known as Search Engine Optimisation – which itself has 4,390,000 hits on Google so is another good phrase to insert.

My use of keywords may well have drawn you here in the first place – but now I need to keep you. This is no easy task. There are most likely any number of other things you would probably prefer to be doing right now, though I do feel it is my duty to inform you that should you look away from this screen for more than three seconds your shoulders will explode. OK? OK, that’s not going to work. What other possible means can I use to hold your attention? 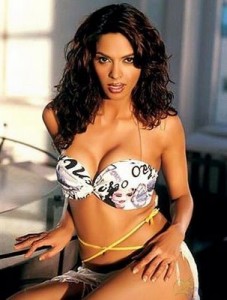 (with apologies to all you ladies out there – oh, so this is what it’s like to be a tabloid editor…)

According to the experts, people read in an F-formation whereby they scan along the top line first, then skim their eyes down the left-hand side. In terms of holding your attention NOOKY ideally I should write a succession of froth-inducing CURVES words down the left – but then, you see, I wouldn’t BOTTY stoop that low. Newspapers and websites regularly SEXY NECK do, though, making a point of including key search words in their writing and even employing the F-formation. That such hyper-sensitivity towards reader numbers actually interferes with the process of reporting the news makes me sick. 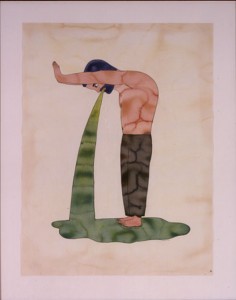 I’m mucking around a bit here. I like to muck around. But I’ve still included the keywords that will draw people to this site. From that we can conclude that I want more readers. And, yes, I suppose I do. As a writer you want to be read. I’m pretty much unknown (at the time of writing, of course) and the more traffic I generate, the better known I become. In theory. 9/11 conspiracy theory, if that helps.

Still, the more searchable I am, the more readers I get – and the greater the likelihood of unwanted attention. Take, for example, my last-but-one blog about the experience of sitting on a tube seat sodden with p*ss. The other day someone, rather than coming across my website in a more routine fashion, must have gone online specifically to find stuff about p*ss, come across my blog, read it, posted a comment and left their calling card in the shape of their blog name. I clicked on this, only to be directed straight to their website which, you’ve guessed it, was an introduction to the wonderful world of p*ss (see, they’ve already reduced me to writing p*ss, rather than piss, in case they come back). Despite the protestations of my cousin Puke who felt I should retain the comment in the name of democracy and freedom of speech, I deleted it. Call me a Communist dictator, I just don’t want p*ss all over my blog.

A friend said to me the other day, “Saul, why are you wearing those stupid trainers?” and also, “you’re making good progress on the writing front, people love your website, you’re hilarious both in print and in real life, plus you do so much unsung work for charity – do you want to be famous?” I replied that I was 50% ambivalent at the prospect of fame (50% ambivalent is a joke by the way). If I receive greater exposure, I said, so be it. For now I just want to attract as many readers as possible to my website and I don’t care if they believe 9/11 was a fix-up. We’re all friends together online. So let’s just chillax, hang out, and talk about SEX, FREE MONEY, 9/11, ONLINE POKER, TRUTHERS, LEE HARVEY OSWALD, LINDSAY LOHAN LESBIAN and LILY ALLEN.

(a doffing of the cap to The Guardian’s Charlie Brooker)