On being quiet and being Jewish

Well hello there. Firstly my humblest apologies. In the first four months of this website I posted nine blogs of varying length, breadth, girth and insight. Since October I’ve not posted a SINGLE ONE. This is shameful behaviour and would be bordering on the unforgiveable were it not for the fact that no one noticed. If by some cruel twist of fate you did notice and have spent the ensuing three months pacing the carpet of your leather bound upstairs study, it is to you I direct my sorrys. I know it’s been three months since in my previous blog I waxed musical on the Brand-Ross fiasco and yesterday I drove past Jonathan Ross’ house, surrounded as it was by paparazzi after the recording of his comeback show that morning. 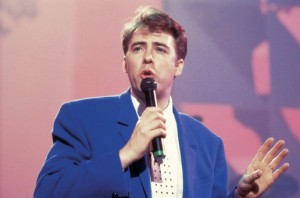 Truth be told there are a number of reasons for my silence. Some I will cite here whilst others I will keep to myself until I reveal them further down the line in my tabloid expose, “Saul: other reasons for my silence”. Here are the main ones. When I say ones, I really means twos. There are two reasons, you see. Two. That’s two.

From the middle to the end of November I was engaged in a once-in-a-lifetime writing job that involved travelling around the country blogging and eluding capture as part of an advertising campaign for Vodafone. You can learn more about the campaign here but in summary I took on the mantle of ‘LiveGuy’, donned a big red jacket, visited 11 different UK cities in 12 days days, left clues to my whereabouts on a website and gave away mini laptops to those who found me. Once the LiveGuy campaign was finished it would be fair to say that I was creatively frazzled and turned my attention to the slightly less arduous task of doing jack sh*t for most of December. I will most likely blog on the richness of the LiveGuy experience another time. For now you’ll just have to wait. If you can’t wait, pop round for a cuppa and I’ll tell you all about it. Call ahead, though. 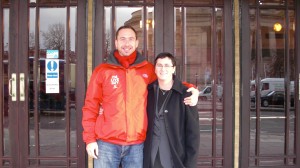 (me, Liveguy, with a winner in Liverpool)

Once the LiveGuy campaign was over I was in need of a holiday. Initially my plan was to visit my old school friend Si in California, in December. For various reasons I ended up in Dubai, in January.

(a brief interlude: may I take this opportunity to say hello to Simon’s parents, Suzanne-Anne and Godfrey McDougal III, of whom I am very fond. They have told me before that they are avid readers of my blog. For this reason I’m always careful never to write anything too rude here, like chicken-fucker)

I have been to Dubai before. For the life of me I can’t work out why I went again. Actually, that’s not true (I’m a liar). One of my closest friends, Riaz, lives there with his fiancé and another old chum, Pogo, was up for a hol. So I do know why I went. Still, it’s hard to believe anyone truly loves Dubai. How can you fall for the charms of a city melded from a blend of sand, gold and garishness? Some view it as a soulless, sterile receptacle of vulgarity whilst to be fair others feel very differently. I guess it’s a matter of personal taste and more fool me for going somewhere that’s ‘not me’. 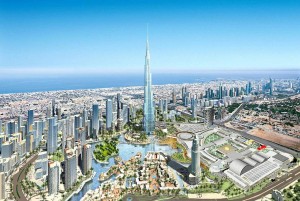 The conflict inherent within the Dubai experience – that it is a playground for rich boozy expats set within the strictures of the Islamic Middle East – sits very uncomfortably, with me at least, especially when you view it up close and see just how much it is being abused. Friday brunch is very popular out in Dubai. For 500 dirham (about £100) you can have your glass of Moet topped up every time you take a sip whilst simultaneously filling your fat face with oversized prawns. Arriving on Friday morning and venturing out that evening I saw what Friday brunch can do to people. The side effects include staggering, swaggering and vomiting into swimming pools. It was just like London, only twenty degrees warmer. Many of those I witnessed seemed to have forgotten that they were guests in a foreign land. For me it’s simply a question of manners. The English pair who were recently caught in flagrante delicto on the beach in Dubai did so in the aftermath of Friday brunch. The word on the street was the police gave them every opportunity to clear off but they repeatedly refused, culminating in the lady hurling her shoes at the official. Not clever behaviour anywhere but the epitome of disrespect in an Islamic state.

I am Jewish. Well, I’m half Jewish. My mother was Jewish. According to Jewish law if your mother is Jewish then you are Jewish. So I’m not half Jewish afterall, I’m Jewish. Or to quote Dr Jonathan Miller – I’m Jew…ish. Being Jewish in the Middle East seemed to weaken my foundations. Being Jewish in the Middle East at a time when Israel is bombing the hell out of Gaza to mass and justified opprobrium added a certain tincture. Dubai, despite its Western tolerance, is, hardly surprisingly, pro-Palestinian. This is expressed in the newspapers and on the radio – and when Liverpool FC are on telly and the commentary is in Arabic, the Israeli footballer Yossi Benayoun is referred to simply as ‘the Zionist player’.

(coincidentally the best night of the trip was spent hanging out with former Liverpool legend and friend-of-a-friend Jan Molby, and his lovely wife. He even told us THE TRUTH about the Gerrard situation. I’m all about the inside story today. I should be a journalist! Oh, I am).

Without wishing to bang on and on (and, incidentally, on), let me provide you with an example of how my being Jewish informed and refracted my brief sojourn to the Middle East. The weather wasn’t that great whilst I was out in Dubai so Pogo and I thought we’d sate our wanderlust by driving across the desert to Muscat in Oman. It was, and I quote, 500km. Factoring in a great deal of fiddling around at the border it took us a day to get there. That evening we visited the hotel bar. For a hotel that boasted only four floors I was intrigued by its boast of a whopping three nightclubs. I ventured downstairs to the Dolphin Club and opened the door, only to be presented with a small room with a stage full of attractive belly dancers and opposite them, packed into a small but orderly space, 20 transfixed Arab gentlemen. 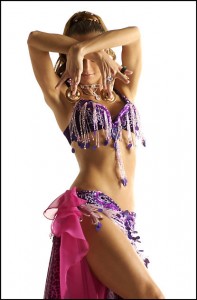 We went onto the next hotel. “You have a bar?” we enquired. “That way,” the man said. We walked down the hall and through the door. Shit the bed on toast it was the same thing again, only in a venue with more space. We sat down and ordered two beers. I have never felt so uncomfortable in my life. Every part of my body was screaming BAD IDEA. All the girls were looking at us with one in particular, in green, seeming to fix her gaze in my general direction and mouthing words I couldn’t understand. We had no business being here. We were interlopers diverting the local girls from the local men. We were getting looks, and not just from the ladies. The matter was further complicated by the fact that the lady in green was extremely fit. To top things off, as you may already have picked up, I was and remain Jewish. Plus I look it! I started to shake. In the end I convinced Pogo it was time to leave so we drank up and, as they say used to say in Brookside, did one. This may sound melodramatic – perhaps it is – but in the moment I was more uncomfortable than I have ever been in my life – aside from the time I wet my pants during morning assembly at Roundwood JMI c.1979. 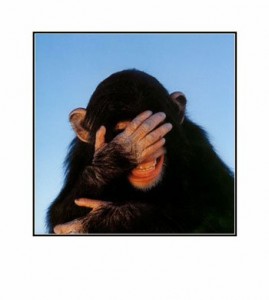 Of course being Jewish can work to your advantage, too. Yesterday I visited a well-known electrical goods outlet to purchase a laptop to replace the one that fell over as detailed in my previous blog. Keen not to waste anyone’s time I levelled with the sales guy from the off. “Look,” I said, “I’m a freelance journalist and I’m also an occasional student but I doubt whether I qualify for the student reduction. Is there anything you can do?” “I’m sure there is,” he said. “We’ll pick a university for you. Just don’t tell anyone.” A student reduction means 15% off the list price. He decided I should be resident at the University of Tropical Diseases. “Are you Jewish?” he enquired. I said I was. “Thought so,” he replied. “So am I.”. Later, as I checked out, I asked him whether he would have given me the student rate if I had been a gentile. He paused, turned to me and said, “Probably not.” Then we did the special Jewish handshake and I left the building.

(for those of you unsure, there is no special Jewish handshake. I made it up. Shalom) 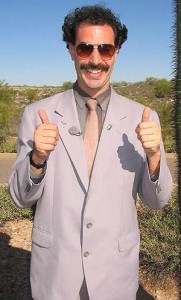 That’s quite enough navel gazing and rambling for one blog. 2009 is a year of hope and expectation. Barack Obama has just been inaugurated as President of the US and A. And he fucked up his inauguration. But it’s cool – he’s left-handed. All the best people are.