I write monthly essays for these people. Most recently I focused on the impending extinction of the wild tiger.

Perhaps like everyone this is something I am deeply affronted by. The more research I did for the article the more my ire grew. It is impossible to look into this subject without finding many harrowing images of maltreated tigers. At times it was highly distressing. One of the images featured below some readers may find upsetting.

My interest in this area has an additional component, for my father was born in India. He was a lover of Rudyard Kipling and did his best to steep me in The Jungle Book. A hand-drawn picture of an ambush of tigers hung in his study. It now hangs in the room in which I wrote this piece.

A Friend in Peril

The world’s most majestic creature is on the brink of extinction. How did this happen? Words by Saul Wordsworth.

Our love affair with the tiger has been sealed over centuries. From Hinduism and ancient Chinese worship, via Shere Khan of Rudyard Kipling’s The Jungle Book to a billion soft toys and a thousand nature programmes, its majesty is celebrated worldwide. In 2004 it topped a poll as the world’s favourite animal. “We can relate to the tiger,” says Candy d’Sa, animal behavioural specialist. “It is fierce and commanding on the outside, but noble and discerning on the inside.” 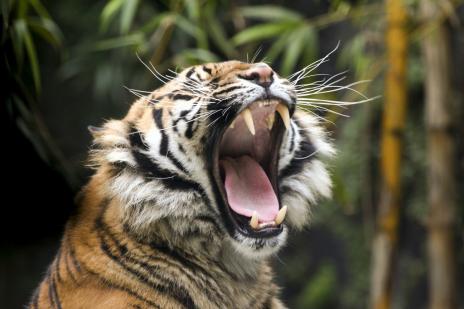 No other animal so encapsulates the power, pride and menace of the natural world. With canine teeth precision-engineered to slice flesh and claws that could tear a man to shreds, its combination of perfect muscularity and a long tail for fast running turns mean this formidable predator effortlessly hunts down animals twice its twice.

At the turn of the last century there were 100,000 tigers in the wild. Today this figure is closer to 3,000 and falling fast. Of the eight original subspecies, three – the Bali, Caspian and Javan tiger – have disappeared in the last 70 years. According to the World Wildlife Fund, by 2022 this most charismatic of beasts will no longer exist in the natural world. 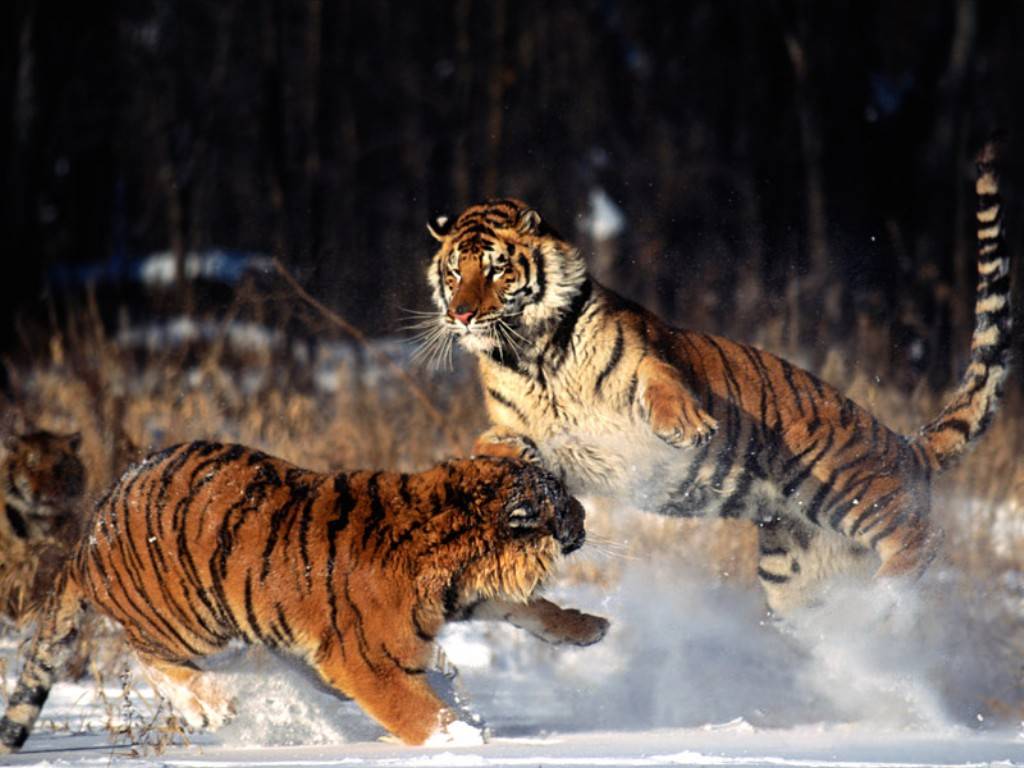 There are three principal reasons behind these diminishing numbers, all of which can be attributed to man’s influence. The first is loss of habitat. Unlike other big cats tigers prefer large sweeps of densely covered land where they can lurk in tall grasses, camouflaged by individually unique stripes, and ambush their prey. Huge areas of jungle and forest across its living spaces in Asia have been cleared for agriculture, industrial expansion and human settlement. In recent years these countries have experienced huge population booms. Indonesia may only be 10% the size of the United States but today it has the same population. In China the population has doubled in the last forty years and 99% of original forestation has been destroyed. The tiger has fewer places to live and hunt, meaning it resorts to preying on domestic animals or going hungry. 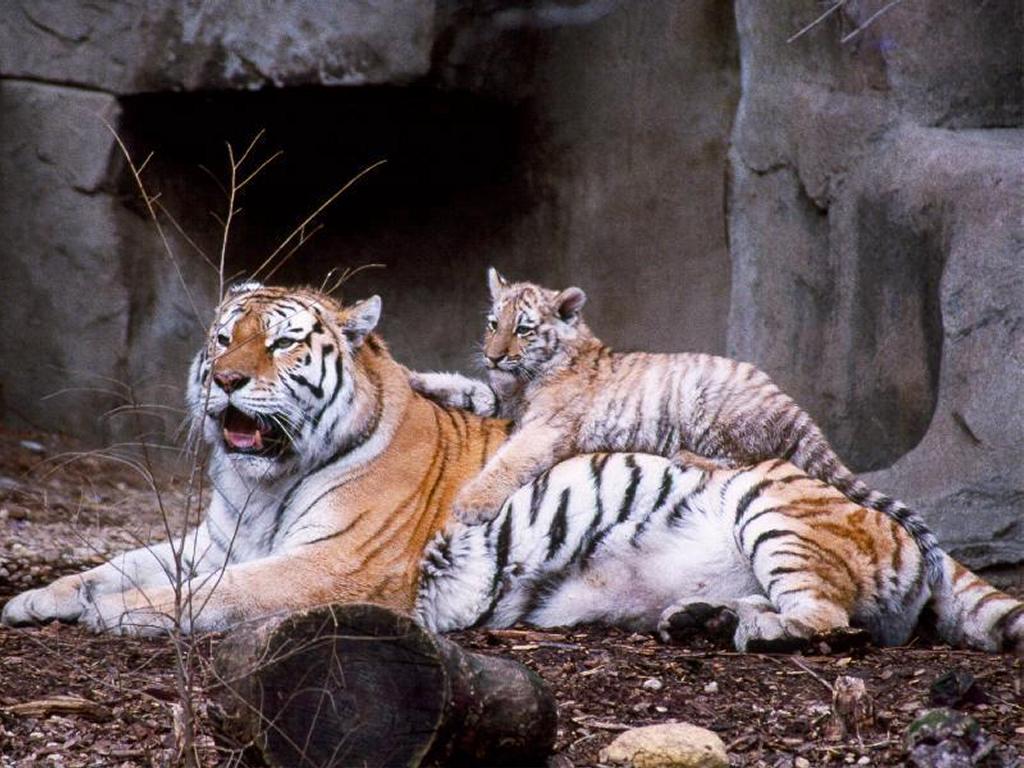 As tigers compete for limited habitat and resources, so groups become separated from each another. This spreading out or fragmentation means an increased inability to mate with tigers in nearby areas, resulting in an already diminished population repeatedly breeding with the same small group. Over time this weakens the gene pool and leads to defects and mutations.

By far the most upsetting of this triumvirate is the illegal hunting and poaching that takes places across most of the 13 remaining Tiger Range Countries (TRCs). Whilst many wild tigers now live in nature reserves established through conservationist and government cooperation, these tend to be isolated pockets of forest. Due to a lack of equipment, night patrolling and general funding such secured areas are frequently infiltrated by poachers who are able to prey on officials’ vulnerability to bribery and corruption as a result of pervasive poor standards of living. 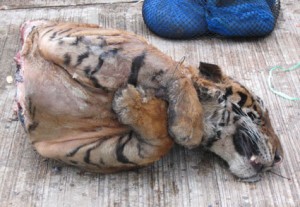 In traditional Chinese medicine every part of the tiger is highly prized. A set of tiger bones may fetch up to £225,000. The sale of tiger wine, made by steeping the bones in huge vats of rice wine, has for more than 2,000 years said to bestow the power of the tiger upon the drinker, curing rheumatism and arthritis, and prolonging life. Tiger wine was regularly imbibed by Chinese premier Mao Zedong, even as he declared the tiger to be “an enemy of the state” in 1959. A bottle today may retail at £500.

Other body parts said to contain medicinal qualities include the claws (insomnia), eyeballs (epilepsy), penis (impotence), whiskers (toothache), bile (meningitis) and brain (laziness and acne). None has any proven scientific benefit. Instead they are sold into societies where drinking tiger wine and purchasing tiger products are indicative of wealth and sophistication. 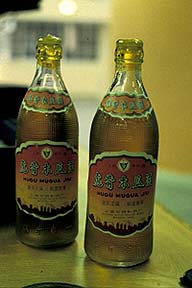 Tiger numbers have dropped, Asian populations have surged and their economies have boomed. The demand for tiger is greater than ever, leading to higher prices for dead carcasses. Hong Kong is believed to be the largest importer of tiger products. In many parts of China and Indonesia tiger parts are openly for sale. Meanwhile a survey carried out in the UK in the late 90s found that over half of Chinese medicine shops stocked tiger-related products.

Aside from the 70 plus charities dedicated to the wild tiger, in November the world’s first conference focused on the preservation of one species took place in St Petersburg. Leonardo DiCaprio appeared and donated $1m. A global tiger recovery programme was endorsed by all TRC countries and a goal was set to double the number of wild tigers by 2022 through the education of locals, the reintroduction of tigers to their former ranges and enhanced cooperation between international organisations including the UN and Interpol to strengthen the enforcement of international laws against trafficking.

This is all very promising and should be praised – but is it enough to hope that political leaders will be true to their word? What happens if money is not forthcoming or countries continue as they were?

The extinction of any species is a tragedy. The days of the rhino are numbered and new research suggests the great white shark may disappear as soon as 2015. The tiger, more perhaps than any other endangered species, has the ability to capture the imagination. How can we live with ourselves if we let this most vivid and awe-inspiring of creatures die out? 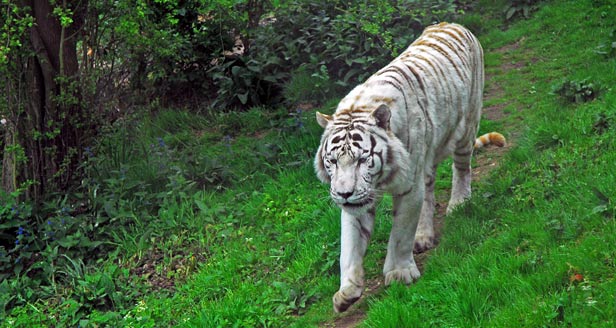 While we may be talking about the fate of the tiger, we are also touching on issues critical to the future of humanity. Human civilisation can only develop if we take a sustainable attitude to our shared planet. At our current rate the preservation of nature is not commensurate with the impetus of man.

Few of us will have done anything to aid the ailing tiger. We remain quietly outraged, wondering what difference a lone voice could make. It doesn’t have to be this way. This is a narrative that could yet be rewritten.

Never underestimate the strength of people power. Plenty of options are available. We could write to our local MP, David Cameron or President Obama. World Bank President Robert Zoellick declared the tiger needs £350m pledged over and above what is currently being invested. That money has to come from somewhere. It’s not Other People who donate to good causes, it’s all of us. The tiger doesn’t have to go the way of the dodo. If it does, we all die a little. 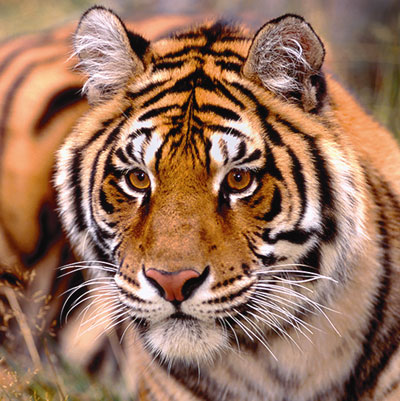 The fee for this article was pledged to the Global Tiger Recovery Programme. To donate please visit www.wwf.org.uk