This blog is about Twitter, the new craze that’s sweeping 6% of the nation!

A year ago I signed up to Twitter. My homepage was a rather static place and I wanted to liven it up. I thought an ever-changing Twitter feed would be a good way of achieving that – and so it was.

Fairly quickly, however, I discovered a problem: Twitter creates a false intimacy with others, particularly Famous People. 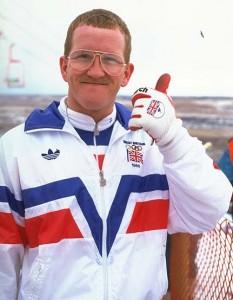 By viewing your Twitter feed you can listen in on “famous” people’s conversations, even interact with them on occasion, but despite this apparent closeness, you are not friends with these people. You are watching (“following”) them but they are not watching (“following”) you. It is a peculiar state of being. 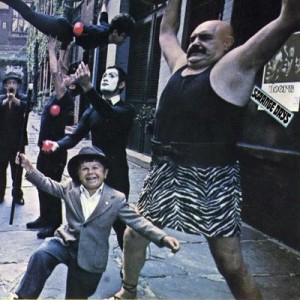 An Analogy by Saul Wordsworth

Picture if you will a highly exclusive and metaphorical restaurant. The haves – the Graham Linehans, Caitlin Morans, Giles Corens, Stephen Frys and Jon Ronsons of this world – are seated within the confines of said restaurant, enjoying each other’s company.

The have-nots meanwhile are watching with their noses pressed up against the window, tapping occasionally at the glass.

This is not to say that the have-nots do not interact with each other and have fun – but the inbalance in this technological pecking order is an unhealthy state of affairs. To observe the interactions of the rich and famous can leave one feeling empty. 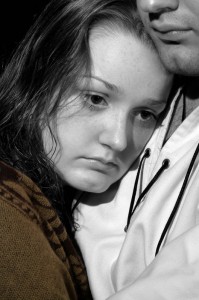 “Why not simply stop following famous people!” you blurt, spraying biscuit crumbs everywhere. It’s a good point well made, and one could indeed do just that, but it would render the Twitter experience fairly lifeless and boring, especially if like me you work from home and tend to check your Twitter feed as part of your daily routine.

In his book Status Anxiety, Alain de Botton (whom I follow on Twitter…) discusses our increasing tendency to judge ourselves against others. Oliver James, in his book Affluenza, outlines the toxic qualities of envy. He claims that our obsession with acquiring more (status, things etc) can lead to unhappiness.

If you are in the market for more – and frankly who isn’t – Twitter takes you to a place where there are plenty of people with more in abundance, and are all on hand to remind you of this.

* Do I need to see images from a dinner party that Graham Linehan hosted for all the stars of the IT Crowd?

* Do I need to see a photo of the bottle of personalised champagne Jilly Cooper sent to Caitlin Moran after their interview?

* Do I need to see a tweet from Jon Ronson that reads, “Off to a Foyles black tie dinner now. Anything you want me to pass on?”

None of this is the fault of the ‘celebrities’ but it reads like a constant boast and only serves to further reinforce the delineation between the haves and have-nots.

We know that some people lead very happy, successful lives and Twitter reminds one of this constantly. Tweets about filming schedules, forthcoming albums and tours are commonplace, as are chats with one another about deadlines for their latest book. 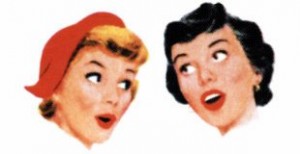 Why am I saying all this?

Because at the beginning it undoubtedly affected me.

To start with I’d respond to the odd celeb and sometimes they’d write back. I’d feel excited, then empty if the conversation ended there. I know it’s not cool to say these things but I think you’ll find they’re fairly common experiences. Besides, I’ve decided to have a week off being cool.

Psychiatrists have identified our neurological response in these kinds of situations. We get a burst of adrenaline, or “dopamine squirt”. “We need that constant pizzazz, the reward, the intensity,” says John Ratey, associate professor of psychiatry at Harvard University. No wonder we go in search of celebrity thrills on Twitter.

These days I don’t bother interacting with these people, and try to ignore most of the stuff that would wind me up. 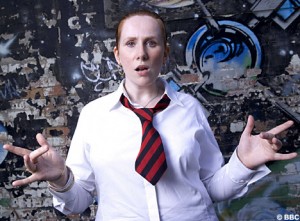 I Am Not Alone

A good friend of mine recently quit the Twit. He was experiencing the same problems as me. “I responded to something Charlie Higson tweeted and he wrote back to me,” my friend said early on in his short-lived Twitter existence.

He felt fleetingly excited to have received an actual response from an actual famous person, then questioned why this was, particularly as there was a big chance it meant almost nothing to Higson. This not an especially edifying way for a partially-grown adult to behave, he reasoned. Feeling empty and strange, he deleted his account.

Interacting with the famous on Twitter is like autograph hunting. People get autographs not to own a signature but to possess a few seconds of that person’s life. “After getting him to sign that piece of paper I now own half a minute of Mike Atherton’s existence,” and so on.

A Case in Point

An old friend of mine is on Twitter. She and I no longer meet face to face, but we do “follow” each other. She attempts to talk to lots of celebrities – all the ones I’ve mentioned, plus more – and They Never Respond. It’s heartbreaking and pathetic and I want to tell her to stop or to unfollow her because I can’t bear to see her tapping at the window.

She is trying to be one of them, attempting to move in their circles. It doesn’t work, nor will it. And meanwhile it’s not very becoming.

Anything else while we’re still here?

Sure. Twitter has also given me great pleasure. I’ve reconnected with old friends, found out interesting stuff, laughed a lot and even generated business opportunities.

But I do think the darker side is worth exploring. I could still delete my account of course, but Twitter remains a good way of learning the very latest news and gossip, plus it’s the only thing on my homepage with any whistles and bells.

Recently I tried to sum up some of these frustrations in a tweet. Oh look here it is:

Twitter bitter (colloq): when a celebrity does not respond to yr tweet. eg “I told Giles Coren I liked his book but the c*nt didn’t reply.”

And to think I was a fairly early exponent of the Twit when I was Vodafone LiveGuy. I had pretty much no idea what I was doing.

Maybe Twitter is akin to reading celebrity magazines. I’m sure they can make you feel frustrated and average, reinforcing your place in the world vs Cheryl Cole et al. Our constant exposure via the media (incl social media) to the lives, thoughts and inner feelings of celebrities make them seem more accessible than ever and I’m sure this partly explains why 50% of school children want to be famous for the sake of it.

I’ve run out of steam now.