On being bollocked by Clive Mantle, serial complainer

Many of you will have read the gory story concerning Game of Thrones and Casualty actor Clive Mantle a couple of weeks ago. 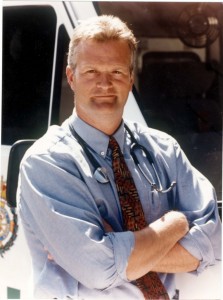 Mantle, 55 and massive, had part of his ear BITTEN OFF after asking one of his fellow Travelodge guests to keep it down.

Funny thing is, I know how they felt…

I’m still relatively new to this writing business (don’t say if you can tell). Truth is I used to be a salesman. Sickening, isn’t it? Back in 2000 I’d taken my sales team out for a celebratory evening following a period of plentiful commission.

In tabloid parlance it would be fair to observe that THE BOOZE FLOWED. Some of it went on the floor but much of it entered the mouths of my team, and to a greater extent me.

After our evening of jollity – and I can’t for the death of me recall where we went – we returned to my flat in Highgate to continue the “fun”.

I was aware we had a ‘famous person’ in the building and had always enjoyed Mantle’s turn as Dr Mike Barrett in Casualty. Monstrous in dimension yet softly spoken like a lady, his was a reassuring presence on our screens.

“Yes,” you say to yourself quite reasonably. “If Dr Barrett was my doctor I know I’d be in safe hands, even if my duodenum was very badly twisted indeed.”

Back at mine the night was rapidly spiralling out of control. I said that without thinking. It probably wasn’t. Most likely we drank some wine, ate a few crisps and talked garbage.

It was during the garbage segment that someone suggested I get my guitar (this person is likely to have been me).

I would then have rolled out a few singalonga favourites: Wonderwall, Don’t Look Back In Anger, Blue Monday 27 minute remix. We would have been making a din. A din on toast. Not nice on the ear, I’d hazard.

There was a knock at the door.

I panicked and didn’t answer. I told everyone to shut their gobs. I may even have turned off the lights.

The second knock was more insistent.

I opened the door. TV’s Clive Mantle in Hawaiian shirt was bearing down upon me with a face of fury.

“I can hear every tragic last note on your guitar,” he said, all quiet and tall.

I stood there stunned. I’d never been bollocked by a famous person before. Mavis Nicholson once got very annoyed with me over dinner (true) and Maggie Philbin had been offhand following a misunderstanding (true), but this was different.

Through my pissitude I recalled one fact. Mantle lived on the ground floor. I was on the second. He was TWO FLOORS below. What about the people BELOW? I felt bad.

“You should have said something earlier,” I told him, slurring like a cunt.
“Do you not know what time it is?” he countered.
“About 3,” I said. “Sorry.” He walked off and I closed the door.

That was the end of the night.

The next day I wrote Mantle a letter. Nothing too crawly, but sincere and apologetic. I called him Mr Mantle.

Two weeks later we bumped into each other in the hall.

“Sorry about the other night,” I said.
“So you should be,” he replied.

It was then I bit his ear off.

“I can hear every tragic last note on your guitar” has gone down as something of a catchphrase amongst certain friends. It’s a good line.

Get well soon, Mr Mantle. But a word of advice. Next time, let it go. Next time, stick the earphones in. Maybe you’re too sensitive. Maybe there’s something of the princess and the pea about you. Or perhaps you are simply used to throwing your weight around, expecting people to recognise you.

Whatever it is, STOP COMPLAINING ALL THE TIME. 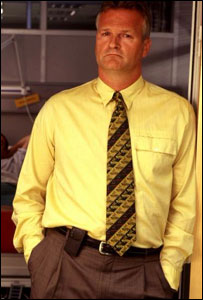